PLEASE NOTE: THIS PAGE IS IN THE PROCESS OF BEING UPDATED, PENDING THE RECEIT OF NEW CLLR INFORMATION.

‘Nelson Mandela Bay Municipality is a global city that is governed by an inclusive and innovative administration, focused on sustainable service delivery, socio-economic development, infrastructure development, local and regional integration through comprehensive initiatives.’

‘To be a globally competitive and preferred Metropole that works collectively with the people to improve lives, boost the economy, advocating zero corruption, and to have a transformed administration aimed at enhancing service delivery.’

Collectively we can achieve more

The City has 120 Councillors, comprising 60 Ward Councillors and 60 Proportional Representative (PR) Councillors, as elected by the residents of the Metro in the August 2016 Local Government elections.

Our Executive Mayoral system is combined with a vibrant Ward Participatory System to ensure community participation at grassroots level.

Council is headed by the Speaker. The role of a council in local government is that of lawmaker and, as such, it focuses on legislation, participation and oversight. In addition, municipal councils facilitate political discussions and debate in order to assist in planning and decision-making. The Council of the Nelson Mandela Bay Municipality is headed by the Speaker and comprises 120 Councillors, elected through a mixed-member proportional representative system. Altogether 60 of those Councillors were elected through a voting process in the 60 wards that make up Nelson Mandela Bay. The remaining 60 Councillors were selected from party lists, on the basis that the total number of party representatives must be proportional to the number of votes received. 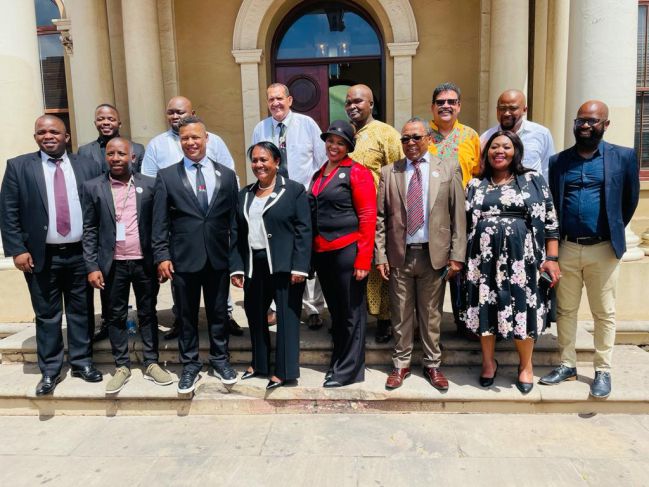 SHUTDOWN BY ESKOM MAY CAUSE WATER DISRUPTIONS IN PARTS OF THE CITY.

On May 31, 2022, a 12-hour shutdown will be required by Eskom to conduct critical work on the supply line. Unfortunately, this will affect the operations of the Nooitgedagt Water Treatment Works.

The majority of the Metro's water is supplied from this treatment works and it is anticipated that water disruptions may occur as storage could be depleted before supply is restored.

Residents that have water supply are encouraged to please use it sparingly to preserve it for their neighbours.

The following areas may be affected:

Updates will be provided during the day.

We sincerely apologise for the inconvenience caused.

KwaNobuhle Reservoir 2 is currently at 1.09% the reservoir zone is experiencing water disruptions. The areas affected include Area 1, 2 3 and Ramaphosa Area 5A.

Rosedale reservoir is at 13.72% and this means that the reticulation system is now stable. There are no water disruptions anticipated for this reservoir zone.

The KwaNobuhle Reservoir 1 is at 4.73% and unfortunately, high lying areas in the reservoir zone will be experiencing water disruptions.

The affected areas include Joe Modise Peace Village and KwaNobuhle Area 1, 2, 5 and 9, Gunguluza.

KwaNobuhle Reservoir 4 is at 32.98% and the reticulation system is stable. There are no water disruptions anticipated in this reservoir zone.

There have been no significant changes in reservoir levels at KwaNobuhle Reservoir 2 and the Rosedale reservoir. Both reservoirs are still at 0%. The affected areas include Allenridge West, Kabah, Langa, Mandelaville, Rosedale and Thomas Gamble.

In an effort to provide water for basic needs, a total of eight Jojo tanks have been installed in Uitenhage (KwaNobuhle) today.

The below locations have Jojo tanks: