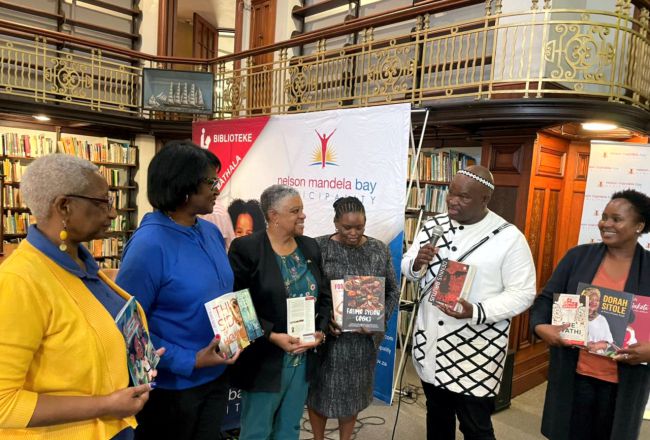 The Sister City relationship between Nelson Mandela Bay Municipality and the City of Jacksonville, Florida, USA continues to gain strength following the devastating economic and social effects of COVID-19.
This was confirmed by the current working visit by the leadership of Jacksonville to Nelson Mandela Bay Municipality which focused on boosting the local creative economy, foreign investment and events management sectors.
During a jovial event on Friday, 22 April 2022, during which the two Cities exchanged books at the City’s historic Main Library, Sports Recreation, Arts and Culture, Mayoral Committee Member Cllr Bassie Kamana said that, through the partnership, the NMBM would continue to send NMBM and Eastern Cape artists and their work to Florida to develop them and market their work.
"Through this relationship, we have had the enriching  sharing of knowledge, experiences and resources in the areas of capturing and preparation of oral history for archival purposes and digitisation. We have implemented the digitisation of special collections for both the Main Library and the Red Location Digital library and archives, as well as community projects, such as Gelvandale craft and our children’s library programmes.”
"We wish that the relationship will continue to erase the frontiers of ignorance and vanity in favour of building knowledgeable, responsible and culturally literate populations between the two Cities as we promote people-to-people diplomacy,” MMC Kamana said.
The NMBM exchanged 37 books with the City of Jacksonville, comprising local and other South African authors.
The Vice-President of the Nelson Mandela Bay Committee: Jacksonville Sister Cities Association, Felice Franklin, said  that following the visit to NMB, plans were in place to expand the exchange of art works between the two Cities to give artists a much needed financial boost and international exposure.
"Sister Cities is a relationship between two Mayors,  through which we are promoting peace, one community at a time, one person at a time. We had the opportunity to meet with the Mayor and her executive staff to share some of the things about Nelson Mandela Bay so that we will be better informed about how government operates here.
"The things of the future are endless; we had an opportunity to meet with the Eastern Cape Development Corporation and with artisans in East London. We are looking at having some of the artisans works sold in various locations within Jacksonville, so that is a great opportunity for the Municipality and the ECDC, but most importantly for those men and women who are making their crafts to have an opportunity to have an increased income to improve their lives. It is important to improve the lives of people here and also to enhance and improve the lives of people in Jacksonville,” said Franklin.
During their visit, the delegation also met with the NMB Business Chamber and will be leaving on Monday, 25 April 2022.
Ends.
Issued by the Nelson Mandela Bay Municipality Communications Office. 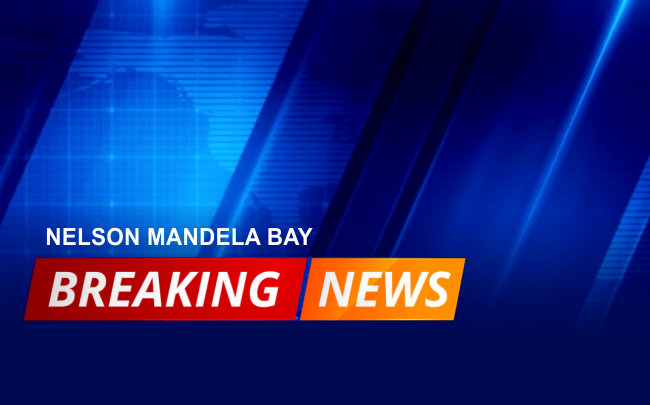 Water supply from Churchill dam to be reduced and communal water collection points to be activated. June 24, 2022 NMB Council's Multi-Party-Political Oversight Committee met earlier today to receive a report from the Intervention Team appointed by the Minister of Water and Sanitation, Honourable Senzo Mchunu.

The municipality wishes to inform residents that fake messages regarding total water outages in the Metro tomorrow have gone viral on social media.

These messages are not true. We condemn the spread of fake news.

All our reservoirs have enough water and apart from Impofu, all other treatment plants are running.

Residents are encouraged to use water sparingly and not stockpile water, as this puts an additional strain on the supply system.

All leaks on the pipeline have been successfully repaired however, a mechanical failure of a pump at Emerald Hill occurred when it was recommissioned.

Repair teams are assessing the damage and will execute repairs accordingly. The pump station is currently still able to supply approximately 75% of the zones normal demand.

If residents reduce their demand to 50 litres per person per day, disruptions should not be experienced.

Sections of the burst pipe have been cut and are being removed. After that, the replacements will be installed.

We expect the replacements to be completed by 17:30.

We than residents for their continued patience and apologise for the inconvenience this has caused.

An emergency shutdown is required for both Schoenmakerskop Pump Station and the Churchill pipeline to carry out critical leak repairs.

This shutdown is anticipated to last for 12 hours. Residents are urged to use water for essential purposes only to prolong the availability of water supply.

Areas that may be affected should storage deplete includes:

We sincerely apologise for the inconvenience this has caused.

Stage 2 loadshedding will be implemented from 10H00 until 00H30.

UPDATE ON THE VANDALISED PIPE AFFECTING BETHELSDORP AND ASPEN HEIGHTS

The repair work on the vandalised pipe has been completed and the water supply has been restored.

We thank residents for their patience and understanding.

Residents are encouraged to report all acts of vandalism and criminal activity involving municipal property to 041 406 5500.